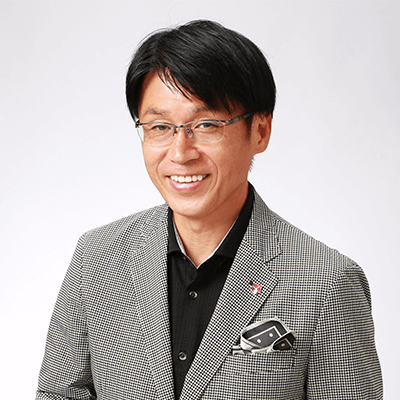 Started his career at Japanese leading steel maker, Kaname Hisatsugu held various senior management positions at a Japanese OA manufacturer, an Australian Office Service vender, a US consulting firm, a US hardware vender and a Taiwan IT service vender, where he has been involved in business strategy, product marketing, and new business development. Throughout of which, he had served as a top management executive at sales operation companies in North America and Australia.

Kaname acquired an understanding of the culture required on the international stage from his 11+ years living experience overseas (namely Singapore and Australia) together with his top management career at business operations in North America and Oceanian region. He is equipped with extensive business communication skills including a high language proficiency.

Through his global network built from these years, Kaname has been involved in developing cross-boarder business in Asian market and for Asian companies to enter Japan market by optimally engaging partners in different areas and IT resources, then support driving DX.

Everyone recognizes him as a passionate soccer fan and player. He used to play at Singapore Football League Division 1 and at NSW Senior League in Sydney for 9 seasons in total. Walked in a team training just carrying a pair of football boots and became a only Japanese player in the team, Kaname believes that experience has contributed to explore partners and build a network of connections on the world stage until now.

Born in Hiroshima, Japan, in 1967
Graduated from Sophia University with Bachelor of Business Administration in 1990
Received Postgraduate Diploma in Marketing from RMIT University Graduate School in Melbourne, Australia in 1999

Should you have any enquiry and/or require a quote,
please feel free to contact us.